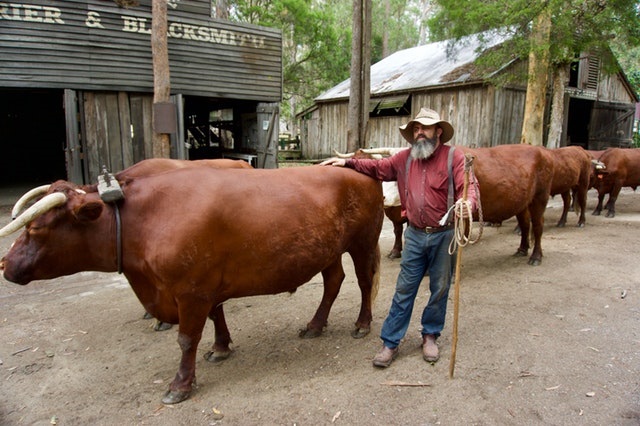 San Fermin, held in Pamplona every year from the 6-th to 14-th of July, is a unique holiday. Thanks to it the capital of Navarre is known in all parts of the world. The modern cosmopolitan appearance of the Pamplona “fiesta”, in fact, is the result of a long evolution. The origin of the holiday is due to the fusion of three components: religious celebrations in honor of St. Fermin, which are held here since the early Middle Ages, traditional fairs and bullfighting.


The folk festivals that took place these days, with the participation of musicians, dancers, acrobats, theater performances, processions of the so-called giants, tournaments and, of course, bullfighting, are described in the chronicles of the seventeenth and eighteenth centuries. It is told about the concern of the clergy about the abuse of alcoholic beverages among young people and the presence at the festival of guests who came from other lands whose performances made celebrations only more fun.

The greatest popularity of San Fermin reached in the twentieth century after the publication in 1926 of Ernest Hemingway’s novel “And the Sun rises” (“Fiesta”) and the release of his cinematic version in 1957 with stars such as Ava Gardner and Tyrone Power.

Thousands of tourists from all over the world rushed to Pamplona to experience the thrill, so talented and vividly described by Hemingway.

The modern holiday in honor of Saint Fermin lasts 204 hours. It is no exaggeration to say that a quiet Pamplona is changing beyond recognition for this period of time. The population of the city is increasing from 197,000 to over 2,800,000 people these days. The main features of San Fermin are complete relaxation, sincere merriment, carnival atmosphere, laughter.

The multi-component ritual of the fiesta was worked out for years and is strictly observed to this day. Although the first bullfight takes place on July 7, the feast begins on the early morning of the 6th, when the people of Pamplona, dressed in white T-shirts with red kerchiefs around their necks, make a ritual of preparation for the official opening. It is very simple and consists in drinking a myriad of champagne, singing and dancing. By noon, all gather in the square in front of the City Hall, where one of the fathers of the city launches a rocket (“chupinazo”) from the balcony into the air. A total of about 12 500 people gather on the square (five for each square meter). Therefore, it is recommended to come there in advance – best of an hour for two. Local people are advised to dress in comfortable and light clothes, as well as sports shoes, which will then be easily cleaned: during the fiesta the atmosphere of carnival reigns, and people with laughter pour each other with water and sangria.


One of the main attributes of the holiday in Pamplona is a red scarf tied around the neck. It is believed that this is a tribute to the memory of St. Fermin, who was beheaded in the north of France in the early 4th century AD.

The run of the bulls – the Encierro, the most important event of the fiesta, starts daily, when the clock (installed in 1499) on the southern tower of the Church of Saint Saturnino, beats eight in the morning. At this moment, the first rocket is launched. The second rocket signals that the bulls ran out into the street. Animals rush from the corrals of St. Dominic (Santo Domingo) to the arena, where the corrida is held in the evening. Six combat males are ahead, followed by two flocks of oxen for safety. The length of the distance is 848.6 meters, the average running time is 3 minutes 55 seconds, the speed of the bull is about 24 km / h, the number of running people is 2000 on a weekday and 3,500 at the weekend. The third rocket marks the fact that the flock has run into the arena, and the fourth marks the end of the race.

Amateurs compete with bulls appear at 7.30 in the morning or even a little earlier. Every day, 150 doctors and 300 policemen are on duty at the time of the Encierro. From 1924 to the present, fifteen people died in the run wit the bulls. The main problem of modern Encierro is a too large crowd of people eager to take part in the race, most of which are poorly prepared tourists who do not know the route and the behavior of bulls, and young people who have not yet recovered from the night libations. Therefore, you should follow the basic rules:

– It is forbidden to run in the direction opposite to the movement of the bulls;
– It is forbidden to participate in Encierro to children under 18 years old, as well as to drunken people;
– You can not tease animals or touch them;
– You can not wait for bulls at the corner of the streets (these are the most dangerous places: here bulls often fall, not having to brake when turning, and there is a risk of being crushed by an animal);
– You can not run with backpacks or cameras.

You need to be especially careful with the bulls that run away from the herd. For animals, this is the first experience of being among such a large number of people and with such noise. The most dangerous bull is the one who runs ahead of everyone, and the one who lags behind.

You need to be very attentive, because during the Encierro it is easy to stumble and fall. If a person is surrounded by a herd of bulls, it is better to continue the path by hugging them, because animals are irritated primarily by the runner looming ahead of him. When falling, it is recommended to shrink and remain stationary, as the bull prefers to jump over the obstacle, and not step on it.

You can observe the Encierro:

– Directly on the streets along which the route runs, but for this it is necessary to arrive at least 2 hours before the start. All places are free and fenced with a wooden fence, consisting of approximately 2,000 boards.
– On the balconies of houses, by which bulls run by.
– In any bar on TV

Although the Encierro is the most famous element of San Fermina, this holiday consists of other interesting activities. In the evening, at 11 pm, in the Citadel, fireworks are launched (a competition is held under the aegis of the City Hall). An important role in the fiesta is also played by music, in these days there are many concerts – orchestras that play classics, folklore ensembles, modern Spanish groups – most of which are free.

Long before the start of San Fermin, Pamplona began to glue posters of bullfight. The arena in which they are held is the third largest in the world and the second in Spain (after Madrid). It was opened on July 7, 1922 and had 14,000 spectators. Experts say that the bulls in Pamplona are very serious and dangerous. They fall rarely during the battle, perhaps because they are carefully selected.

July 14 is the date when the celebration of San Fermin officially ends. Residents of the city gather in front of the balcony of the City Hall and solemnly say goodbye to the 8 festive days they have just lived. Exactly at midnight, thousands of lit candles rise up after the head of the city announces the completion of the celebrations.

About the author: You will definitely enjoy the posts written by Melisa Marzett. You are welcome to check for her posts at skywritingservice.com and enjoy her fresh ideas and vivid sense of humor. She has enough knowledge to share!